In the last remaining weeks of summer (so long ago!), I dreamed up a pita pizza with caramelized onions, red bell peppers, spinach and feta cheese. It felt like it was going to be a success.

Then when I went grocery shopping, my heart sank when my local grocery did not have pita bread. They didn’t even have naan. Or flatbread.

How is that even possible??

In a pinch, I picked up whole wheat tortillas. It felt like a good idea.

In theory, I could have totally made this work but the ingredients I was using were heavy. And it didnt work. But if you were jonesing for some quick pizza with tomato sauce and cheese, you could totally use a tortilla. 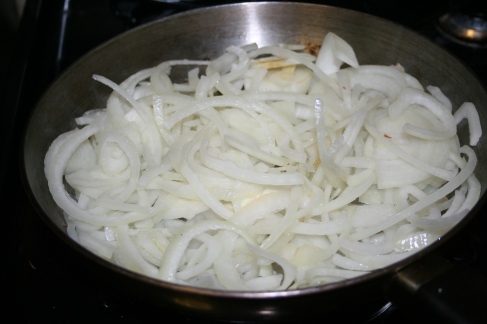 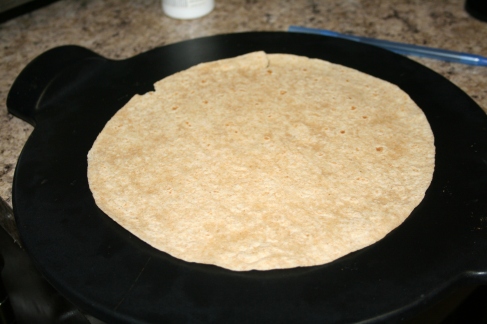 In a large skillet, heat a tsp of butter. When it’s melted, add the onions and cook over a medium heat until they brown or caramelize- about 10-12 minutes.

While the onions are browning, place the pita in the oven for 3-5 minutes to toast it up for a bit. Take it out of the oven and build your pizza. Layer the onions in a single layer. 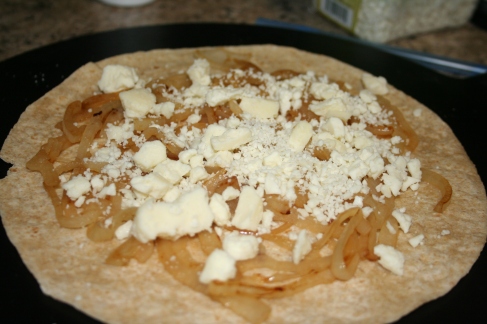 Top with spinach and bell peppers.

I immediately fell in love with the color. It smelled divine.

The weight of the toppings was too much for the tortilla, which is why i needed a pita.

But things like “toppings are too heavy” never stop me from devouring. It was actually really tasty. BR thought it could have used some protein, like shredded chicken. But it made some pretty tasty vegetarian wraps.

Need a little sauce? perhaps Some hummus or babaganoush to dunk. 🙂